When USC announced a partnership with Uber to augment the university’s campus cruiser program, students were excited. Ride sharing services had already become an integral part of the college experience in Los Angeles, and many students were already familiar with Uber when the USC program launched. Inefficient public transportation and sizable distances make a car essential for getting around LA, and ride sharing services like Uber and Lyft have been a tremendous help by providing students with viable option for mobility.

In Los Angeles, Uber has several tiers of service, ranging from uberPOOL (a shared ride service) to Uber Lux (a personal luxury car). While the more expensive rides like Lux, Select, and Black maintain a flat rate no matter the hour, UberX services engage in a controversial practice called “surge pricing,” which multiplies a fare depending on the supply and demand of rides. This practice has already resulted in some amusing headlines and public backlash, but Uber continues to defend surge pricing as the fairest way to ensure rides are equally available.

END_OF_DOCUMENT_TOKEN_TO_BE_REPLACED

Ordering food way too frequently has introduced me to a variety of delivery apps. The food delivery industry is a competitive market with services like Amazon Prime Now, Postmates, Yelp, Grubhub, and EAT24 fighting to control this new space. The first delivery apps streamlined the ordering process with online menus and payments, but these services still relied on restaurants to employ their own delivery staff. Postmates’ delivery model is fundamentally different than EAT24 and Grubhub’s approach however. Postmates employs its own fleet of drivers, allowing restaurants to outsource their delivery staffing needs. Small businesses can potentially save money by removing the hourly expense of an in-house delivery person, and this difference gives Postmates an advantage over the Grubhub model.

I am a huge fan of Garage Pizza in Los Angeles, but they like to play hard to get. When I first ordered Garage Pizza, I could only get them to deliver to my house by using Grubhub. The delivery times were often over an hour, but the pizza arrived warm and the total was $21.53 without tip. While it wasn’t the cheapest pizza, it was too delicious to resist. However, after ingesting an unhealthy amount of Za for several months, everything changed. Garage Pizza was no longer on Grubhub. I was distraught. They didn’t even say goodbye. Was it something I said? Were they cutting me off for my own good? I didn’t know what was happening. I needed answers.

END_OF_DOCUMENT_TOKEN_TO_BE_REPLACED 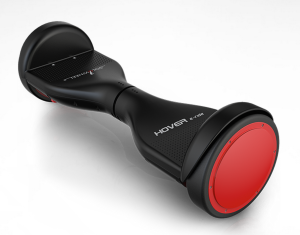 If you hit your favorite social media platform, chances are you’ll see some rendition of the Chic Smart S1. PhunkeeDuck and IO Hawk are arguably the biggest players in the American hoverboard industry currently, and as David Pierce astutely notes, “Chic’s logo—the horizontal line on top of an oval that just so happens to look like “IO” when rotated 90 degrees—is plastered all over most versions of the board.” END_OF_DOCUMENT_TOKEN_TO_BE_REPLACED